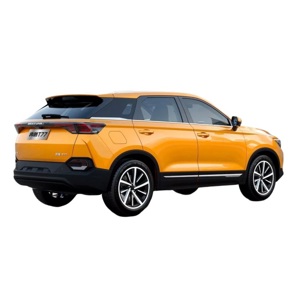 The first thing is that it will be sold under the Redmi brand and will be customizable in many of its details. Its operating system will be MIUI, which will allow it to connect seamlessly with millions of devices: let's not forget that Xiaomi has the largest IoT platform on the planet, about 150 million smart devices and sensors connected to its platform.

We also know that the Bestune T77 SUV will carry a 1.2-liter turbo engine, 6-speed manual gearbox, and a power of 143 hp.

For now little else is known until the official presentation takes place, which will be soon.

If the Chinese manufacturer had already become a leader in a number of smart products, what it was missing was this: launching an SUV.

In 2018, during the Beijing Motor Show, the Bestune T77 SUV was presented, an attractive concept car that deserved many admiring glances and the occasional one of desire... But as it happens with other concepts, it was widely We were wrong.

Yesterday Xiaomi confirmed via Weibo that the Bestune T77 SUV will soon go on sale. Product of an alliance between Xiaomi and car manufacturer Bestune, this vehicle is the most expensive project of Xiaomi, at least to date.

Not everything is the appearance

Beyond the technical specifications, the design of the Bestune T77 SUV is very reminiscent of other reference brands, such as Land Rover, Audi or Seat. Those who are tempted by this sporty vehicle profile will be able to choose between six different versions and a price starting from about €12,000 for the most basic version, to more than 18,000 to be paid by those looking for the top of the range. The interesting thing is to see how the car will behave, not only on the road but its interior, in particular the infotainment system, its multimedia platform, and the use of the MIUI operating system. One final surprise: there is talk that it will feature a holographic virtual assistant. Languages, appearance, and all the rest remain to be seen.

As soon as we know more, we will update this article.