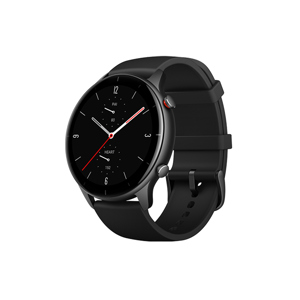 Just 1 month after being presented in China, this model crosses borders and its international version arrives.

After the release of the Amazfit GTR 2, Amazfit debuts the GTR 2e. This model has hardly any aesthetic differences from its predecessor, only that instead of having 3D glass on its screen, it has 2.5D glass.

Another difference can be found in its connectivity. The GTR 2e eliminates the WLAN connection option, leaving Bluetooth 5.0 and NFC.

The possibility of answering calls from the clock also disappears, although it maintains the microphone for voice assistant commands.

Perhaps because of this, its autonomy is significantly improved, despite carrying the same battery. The GTR 2e is now capable of lasting 24 days with normal use, compared to 14 days for the GTR 2.

Seeing this the question is, And what news does it bring?

Well, the novelty is that it incorporates a sensor for measuring the temperature around the clock. This can be translated into that if we wear it, it can be used to measure body temperature, a very useful quality in current times.

As the company reports, the value obtained from this measurement could be affected by multiple factors, and should not be considered as a medical value. If a somewhat more precise measurement is required, it will be necessary to take the values obtained for 15 minutes to see the possible alterations.